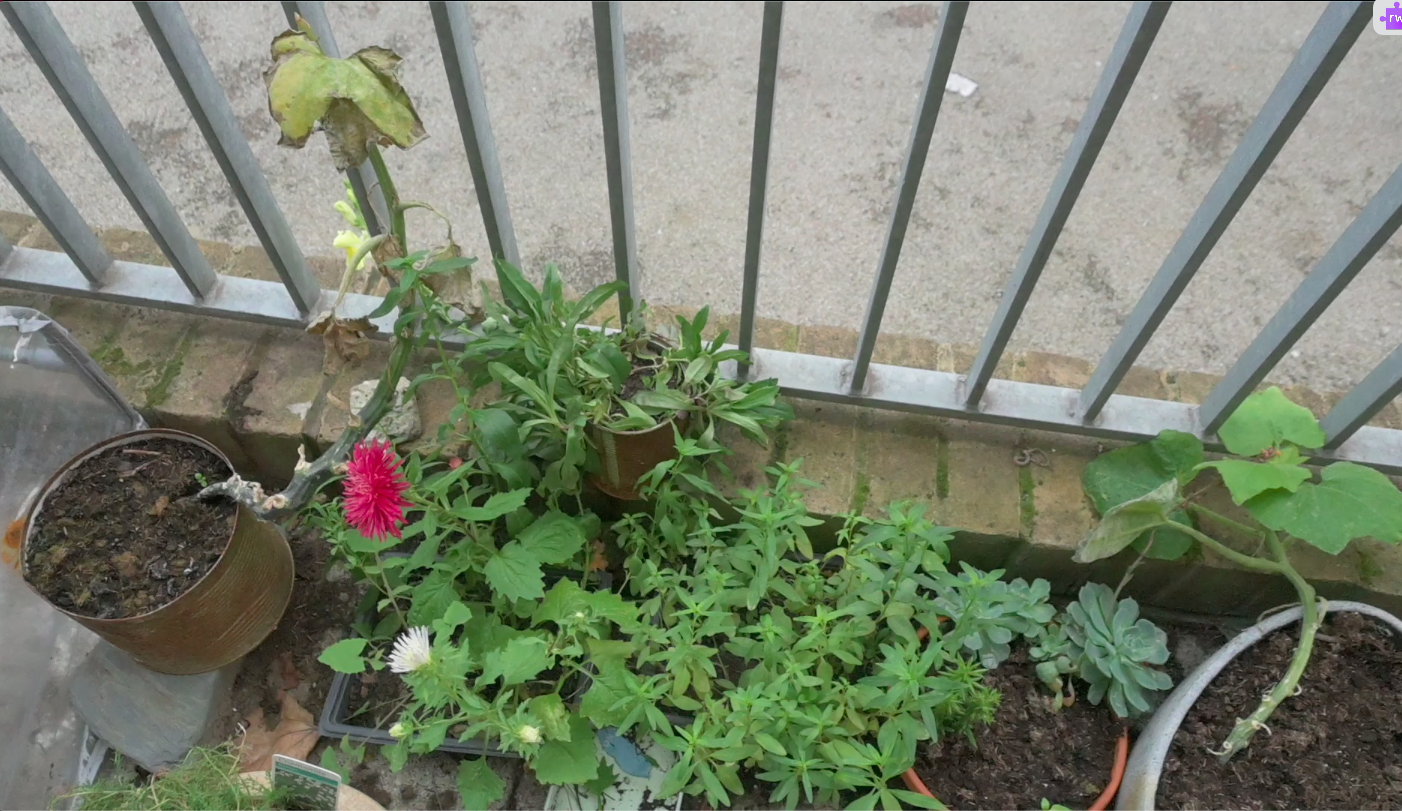 The summer of 2022 was unprecedently busy for me. Unfortunately, the busyness wasn’t driven by my artistic practice or family commitments. The business was shaped by the job I agreed to do over the summer, which pushed my anxiety and stress levels out of the charts and made me feel emotionally fragmented and overwhelmed. Physically and emotionally, I was exhausted and unable to switch off.

Sadly, I brought that anxiety back to London with me. Within a few days after settling back into my urban routine, I instantly knew my garden reflected my inner state of being.

When I was away, three of my friends looked after my plants. I’m so very grateful to them for tending to my precious plants, which wasn’t an easy task thru such a sizzling summer.

Being away from my garden increased my anxiety, stress levels and general unhappiness. The busyness of life made me feel out of control, as if I merely existed in some space between worlds where work overtook daily reality. I’m absolutely positive that my beloved plants picked up on that in-between state of existence.

Since I got back to London in September, my plants took on my anxiety and stress, which was reflected right away in the way they started looking:

I’m trying to change my approach towards my garden, and I’m consciously looking for plants and herbs to grow that I can purposefully use in my daily cooking. Since the season has changed, picking and choosing the right veggies may be slightly more problematic. But that type of laser focus will help me stay on track with my garden.

As always, I will keep you updated on my urban gardening journey, which might as well become part of my MA projects (I’m doing an MA at London Metropolitan University in Public Art and Performance).